The evolution of AIM STEPs was necessitated to create scale for the vast scope of social business opportunities undertaken via theSTEPs.org, an association comprised of prominent member companies that have expertise and track record in sustainable development projects. As its name suggests, theSTEPs.org is an umbrella organization that brings together various private and public sector entrepreneurs and organizations with the common goal of achieving positive social impact. We have already deployed $16+ million of financing for over 8,000+ enterprises, and now looking to expand and scale up by launching the STEPS IMPACT FUND to allow participation in the investment opportunity by institutional investors and development agencies. The MSME sector in Bangladesh has been largely untouched by global impact investors - there is a significant opportunity for alternative lending to this sector by using financial innovation, industry experience and local know-how.

Leveraging the depth of our collective experience and capabilities, AIM STEPs is TAKING TRANSFORMATIVE IDEAS AND ACCELERATING THEIR IMPLEMENTATION BY UTILIZING TECHNOLOGY AND FINANCIAL INNOVATION. The impact of each initiative on the ground is evaluated such that we can iteratively improve our efforts to achieve social welfare on a larger scale.

To be the best in class impact investment manager by revolutionizing the way financial inclusion of the under-served MSMEs helps to create an attractive investment opportunity for global investors whilst promoting sustainable growth for developing nations.

To stay true to the cause with integrity and humility and being adaptable to changing conditions to deliver the best possible outcome for all stakeholders.

The management of AIM STEPs is a team of experienced investment and financial services professionals guided by an Investment Committee. The overarching agenda driven by these veterans is to create a sustainable ecosystem for the MSME sector and to enable our valued investors to participate in the unique opportunities presented by the underlying social businesses.

Together they have over 50 years of experience in socially responsible investing, SME financing, international fund mobilization, platform building, digital disruption and information technology. Dedicated to the sustainable development of the Bangladesh impact investment sector, the team strives to offer investors the potential for market- competitive financial returns alongside positive, measurable impact on some of the world’s most intractable socioeconomic and environmental challenges. 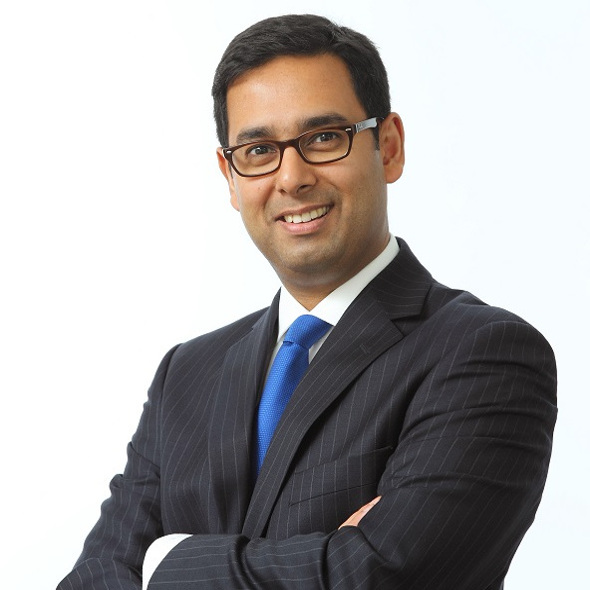 Mr. Chowdhury oversees all aspects of company management including investor outreach and regulatory affairs. He is a seasoned financial services professional with broad international experience gained across the United States, Canada, Hong Kong and Singapore spanning 20 years in the investment banking industry. 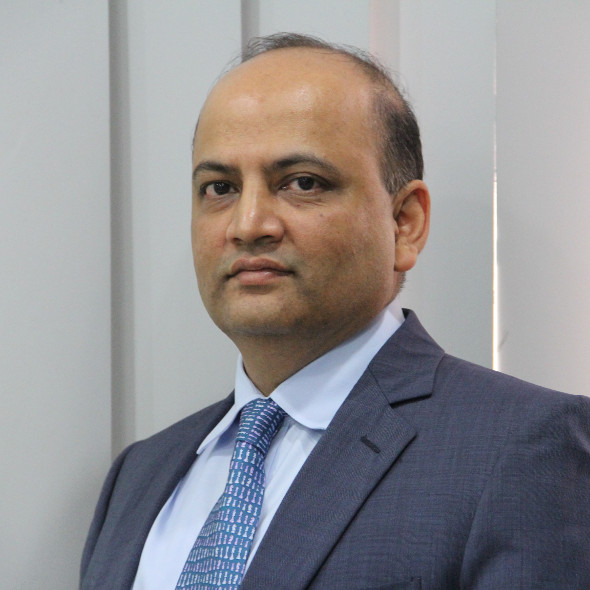 Dr. Imam has served on Bangladesh Bank’s Monetary Policy Committee, the Finance Ministry’s Advisory Board for Infrastructure Financing Fund, and on Bangladesh SEC’s Capital Markets Advisory Board. He is the current President of the Association of Asset Management Companies. In the social development sector, Dr. Imam founded the STEPs.org, an association of organizations focused on finding transformative solutions to pressing social problems.

Before Bangladesh, Dr. Imam spent over a decade on Wall Street as Vice President and Managing Director at some of the world’s leading investment banks, including Credit Suisse and Donaldson Lufkin & Jenrette. He was a Partner at Thomas Weisel Partners, specializing in financing growth companies in the technology and bio-medical sectors in the USA. Dr. Imam holds an MBA from Yale University, a Doctorate in Physics, and dual Bachelor degrees in Physics and Economics. He is a John Olin Fellow of Yale University. 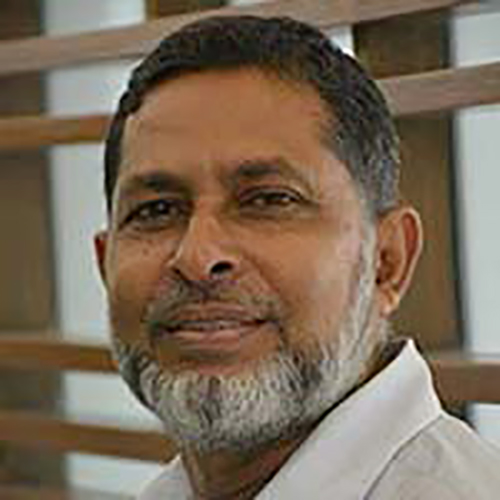 Mr. Habib, is the Social Development Director for AIM STEPs. As a senior management team member, Mr. Habib brings a deep-rooted understanding of the MSE sector, and works extensively with the Investment team, Field Operations and Finance to ensure compliance with all regulatory guidelines.

With almost 30 years implementing Grameen Bank’s focus across parts of Asia, Africa, Europe and North America, Mr. Habib brings an extensive network of regulatory, corporate, and high net worth relationships along with expertise in running social development and microfinance operations in remote & rural parts of Bangladesh as well as disaster struck regions of Aceh (Indonesia) and Croatia.

Mr. Habib has attended and conducted numerous training programs and workshops locally and internationally on social development strategy & implementation, coordination, and leadership platforms. He holds both a Master’s Degree and a Bachelor’s Degree in Commerce from Dhaka University.

The Advisory Board of AIM STEPs consists of members from theSTEPs.org association. It enables us to leverage relevant experiences from a pool of highly credible entrepreneurs to guide us in our due diligence and investment process. 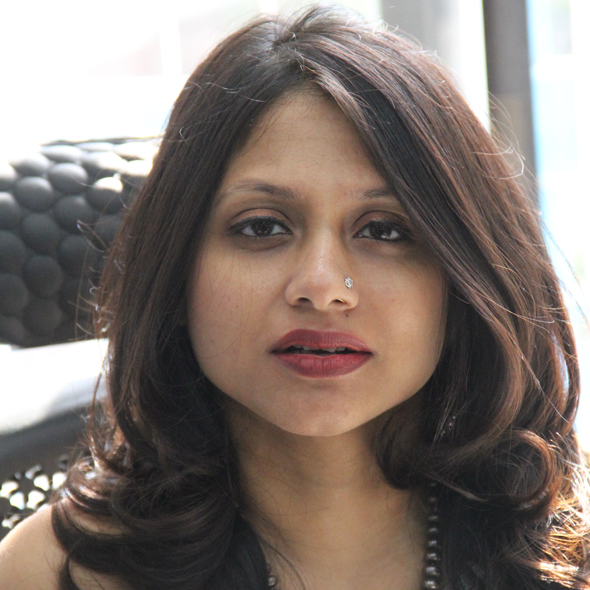 Ms. Silmat Chisti is the founder and Managing Director of BSCL, a company providing innovative financing and structuring solutions to both public and private sector clients. Ms. Chisti has an MBA from Yale University in Finance and a Bachelor of Arts from Mount Holyoke College in Economics and Mathematics, both in the USA.

Under her leadership, BSCL has partnered with several financial organizations for the i-SME platform to provide agent banking solutions to increase their outreach in non-urban areas. Prior to BSCL, Ms. Chisti was the Head of the Citigroup (North America) Global Markets Bangladesh Private Limited, where she worked on several landmark transactions, including the largest Merger & Acquisition for the sale of Aktel stake to NTT DoComo, the largest IPO for Grameenphone, and the first Tier 2 bond under BASEL II for Prime Bank.

Ms. Chisti’s career in finance spans over a decade at some of Wall Street’s top investment banks, including Citigroup, Goldman Sachs, Morgan Stanley and Credit Suisse First Boston. Her tenure as a global investment banker spans North American and Asia-Pacific markets, in a variety of fields including corporate investment banking, asset backed securities and principal investing. 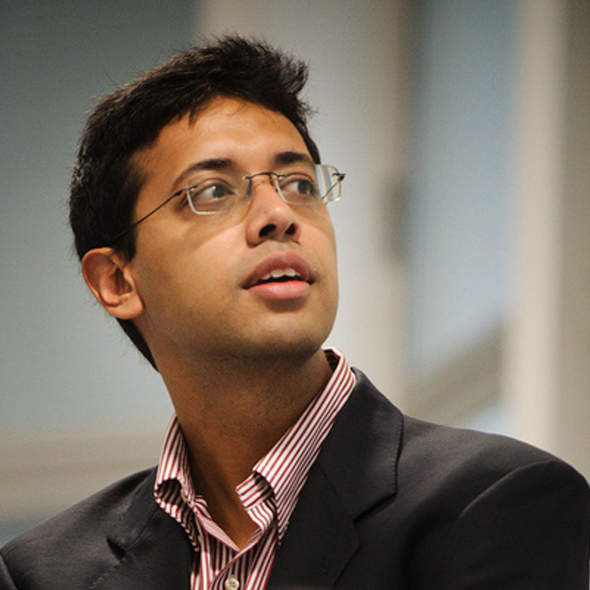 Ahmed Mushfiq Mobarak is a Professor of Economics at Yale University. He is also a member of the Board of Directors of the Jameel Poverty Action Lab (J-PAL) at MIT, as co-chair of its Urban Services Initiative and of its Environment & Energy Sector work. He leads the Bangladesh Research Program for the International Growth Centre (IGC) at LSE. He has previously worked at the World Bank, and at the International Monetary Fund.

Mobarak is a development economist with interests in environmental issues and has several ongoing research projects in Bangladesh, Brazil, Chile, India, Indonesia, Kenya and Malawi. He conducts field experiments exploring ways to induce people in developing countries to adopt technologies or behaviors that are likely to be welfare improving. His research has been published in journals across disciplines, including Econometrica, Science, The Review of Economic Studies, the American Political Science Review, Proceedings of the National Academy of Sciences, and Demography, and covered by the New York Times, The Economist, Science, NPR, Wired.com, the Times of London, and other media outlets around the world.

Mobarak is currently collaborating with Evidence Action on a multi-country scale-up and replication of his research program that encourages rural to urban seasonal migration in the developing world to counter seasonal poverty.